What are they like?  'The House of Illustration' asked 16 celebrities to reveal their favourite things. They were partnered with 16 artists who created images. The works were auctioned at Sotheby's in December to support the work of The House of Illustration. Celebrities included Stephen Fry, David Walliams and Florence Welch. Artists included Sara Fanelli and Graham Rawle. I was given Jeremy Paxman, who said he liked the Scottish Highlands and Dylan amongst other things! 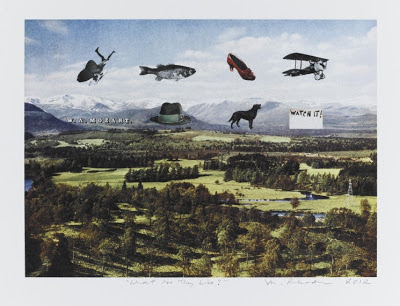 Posted by Matthew Richardson at 23.1.13 No comments: