Chuffed to have been shortlisted for the V&A Illustration Awards 2014. with this image. Numerous colonies of bees have been decimated throughout the world - described as 'colony collapse disorder'. It is argued that this is attributed to aspects of highly industrialised and mechanised practises of bee management. Domesticated bees are sick and dying. Only killer bees are thriving and scientists believe that by cross-breeding they could be used to bolster  the immune systems of the sickening Western Honey Bee. 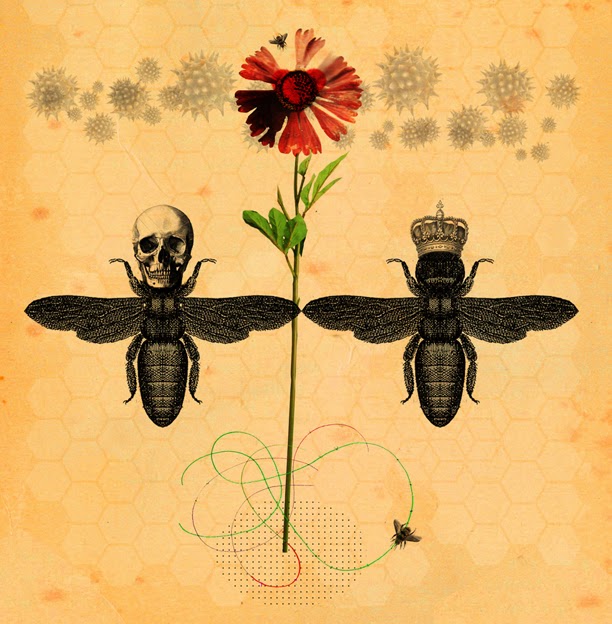 Posted by Matthew Richardson at 4.6.14